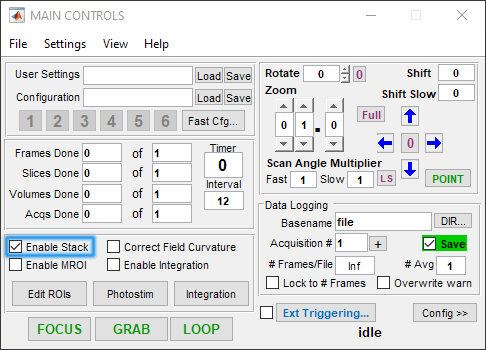 Next, the slices need to be configured. There are three tabs for three ways that a stack slices can be defined - Uniform, Bounded, and Arbitrary. Each tab shares the Frames per Slice, Number of Slices, and Number of Volumes; each of these can also be configured from the Main Controls window. The way in which they differ is how the locations of the slices are defined. For this tutorial, a uniform stack of the following parameters are defined:

See below for a description of each of the three slice definition tabs.

To learn about the distinction between Slow Stacks and Fast Stacks, visit the Volume Imaging concept page.

Configure a slow stack by

Configure the fast stack by

Clicking the Grab button in the Main Controls window will acquire the stack.

The stack will be rendered using the maximum intensity projection strategy. Other methods are not supported at this time. 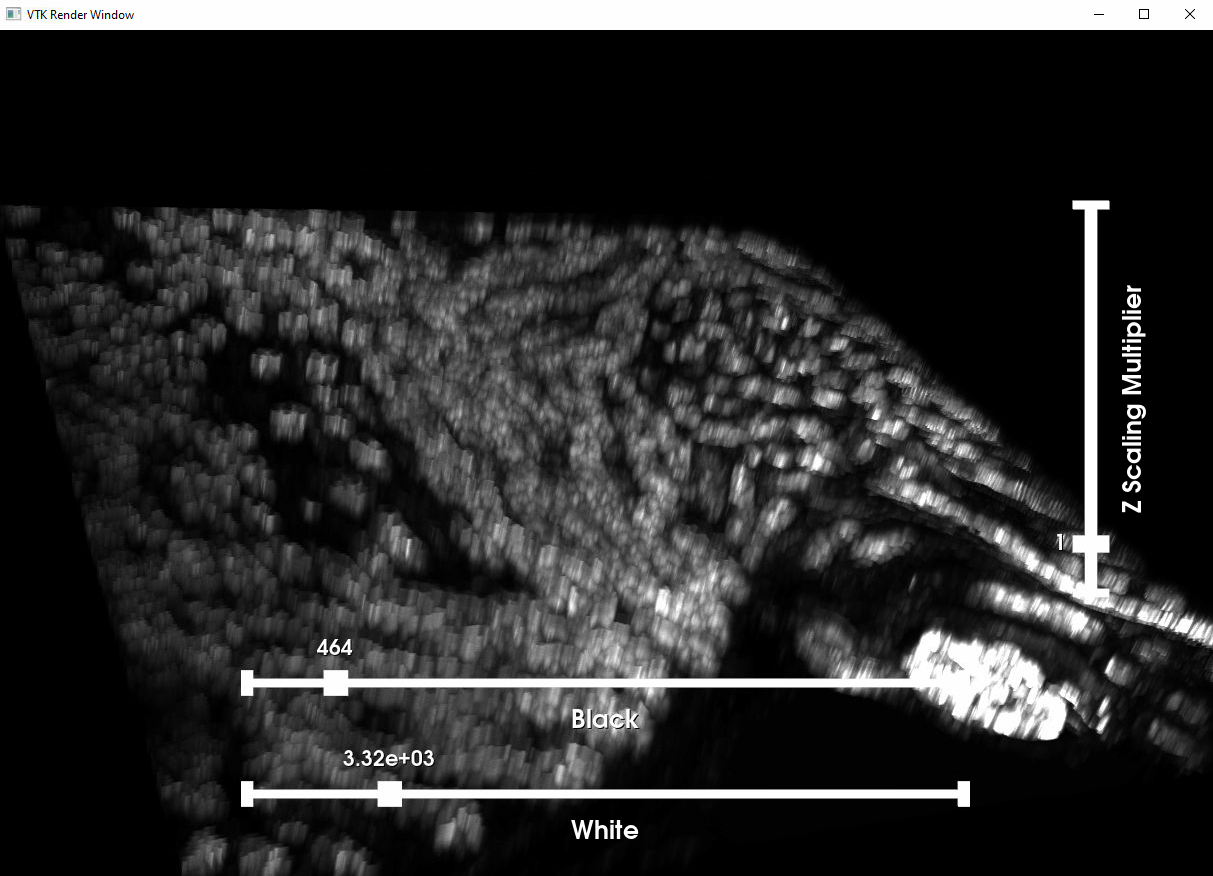 The Z-Scale slider allows the user to adjust the scale of the 3-D model view in Z. The default scaling is calculated based on ScanImage®’s objective and motor control settings. The units of Z indicates a multiple of the default scale (a value of 10 indicates 10x default scale).

The current 3d manipulation controls are the same as the default VTK viewer controls:

Holding down the middle mouse button will start to pan the camera in the direction of the mouse’s position. This is usually not desirable for users and will be suppressed in future releases.